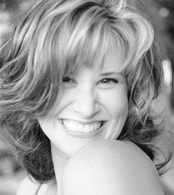 Angie Caulfield received a BA in Performing Arts with a Dance Emphasis from The University of Mary Washington in Fredericksburg, VA. She received a Masters of Fine Arts in Dance from George Mason University in Fairfax, VA. She has her Dance Masters of America certification through examination. Ms. Caulfield has been a faculty member of James Hubert Blake High School, where she taught modern, tap, jazz, hip hop, and ballet. She went on to start the Dance Program at Stone Ridge School of the Sacred Heart. The program continued to grow under her 7 year tenure there. Ms. Caulfield then took the position of Head of the Dance Department at the Academy of the Holy Cross. Currently, Ms. Caulfield is Director of ACD Dance Company, LLC. 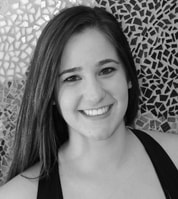 Francesca Bove is an energetic dancer with a lot of experience working with children. She has been studying Dance since age three, training in ballet, jazz, lyrical, modern, hip hop, and tap. Ms. Bove studied at the Olney Studio of Dance, and East Carolina University School of Dance in Greenville, North Carolina. She was a member of the Academy of Holy Cross Varsity Dance Team for four years. She is a former member of the Montgomery College Dance Company. She has performed in numerous musicals including Grease, Cinderella, Rent, A Chorus Line, High School Musical 2, and The Adventures of Toad and Frog. Her duties included both assisting with choreography for the production, chorus and performing leading roles. In addition to running the Technique and Contemporary program for ACD Dance, she also choreographs and assists with the Team Dance at AHC for the past four years. Ms. Bove is constantly continuing her own training by taking numerous classes in the area and in New York City. 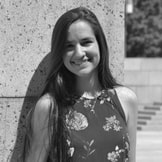 Marissa Debrot is a graduate of Catholic University. She was a member of the Ballroom Dance Team and the CUA Dance Company, where she participated in competitions and performed at campus events. She has spent the past several summers teaching dance and theater in NJ, and now also teaches 1st grade.

Donna Reese earned a Bachelor of Science degree in Dance Education from Towson State University and an Associates of Arts degree from Montgomery College. She performed as a singer, dancer and dance captain for many years with Kings Productions, including touring productions of the USO in Europe and the Middle East.  As a member of Dance Masters of America for 37 years, Miss Donna served on the Board and as President of Chapter 17. Other positions she held with DMA included Examination Chairman and Membership Chairman. Last year, Miss Donna was awarded the Betty Lou Stambaugh Member of the Year.

From 1985-2006, Miss Donna was the President, Owner and Artistic Director of Concepts in Motivation which included five dancing schools in Montgomery County and Carroll County. She also taught at James Hubert Blake High School in their Signature (Dance) program and is currently in her fifteen year at the Academy of the Holy Cross as a dance instructor and choreographer. Six years ago, Miss Donna was awarded the "Distinguished Alumni" award from the Academy of the Holy Cross and in March 2014 was awarded the "Sister Grace Shonk" award–voted on by the faculty and staff.

Miss Donna’s students have performed on Broadway in such shows as The Little Mermaid, Waitress, Rent, All Shook Up, Billy Elliott, Addams Family and Porgy and Bess. Her students have also performed on Celebrity Cruise Lines and have danced with the National Ballet of Canada and Ballet West. In addition, her students have performed in the Broadway tours of Dreams Girls, Hairspray and Freaky Friday. Former student, and American fashion model, Hilary Rhoda, is perhaps best recognized for representing the brand Estee Lauder from 2009-2011 and appeared in the 2011 Sports Illustrated Swimsuit Issue. 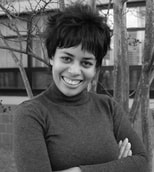 Diane Robinson has been a member of the ACD Dance staff for several years as dance teacher and choreographer, and has been awarded for showmanship in competition choreography. She is a graduate of the Montgomery College Dance Program and a recipient of the Exemplary Dance Student Award. For four dance seasons she performed with their Dance company. This included both concert shows and traveling shows. Diane has completed the first level of certification under the Dance Masters of America Teacher Training School Program under several industry professionals training in Tap, Jazz, Ballet, Modern and other dance styles as well as body movement. Currently, she also competes as an amateur ballroom dancer and has been recognized with honors. She assists with various other choreographers' rehearsals and classes and has worked for several years as an Assistant Dance Director and Youth Coordinator for preteens through adults. Denise Sayer believes that studying the discipline of dance, especially ballet, helps students hone focus, poise and determination. She has been sharing her love of dance with students for over three decades in the Maryland/DC area. Miss Denise was a member of the Cecchetti Counsel of America and former owner of Ballet 106. She trained at Maryland Youth Ballet and continues to participate in their adult education program. Miss Denise competes in numerous ballroom dance competitions in the area focusing on West Coast Swing and Rhythm styles. 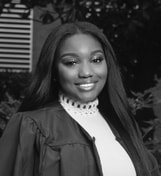 Maya Alston is from Prince George's County, MD and a recent graduate of Syracuse University. She majored in Information Management & Technology and Forensic Science. Currently, she works as an IT security professional. Maya grew up competing for local dance studios and has won numerous awards. She participated in Joffrey's Nutcracker at the Kennedy Center twice, performed at the Apollo Theater in Harlem, NY, was the dance captain at the Academy of the Holy Cross for two consecutive years and has taught a number of technique, tap, jazz, lyrical and contemporary classes. Maya has danced with professionals from both Hamilton and a Chorus Line. She is excited to join the faculty of ACD Dance. 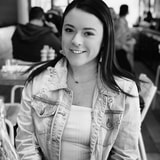 Carmen DiPeppo is a senior at Penn State University studying Journalism. At Penn State, she is a member of Volé Dance Company, the school’s largest dance organization, where she continues to train and choreograph in all styles from contemporary to hip hop. She has over 15 years of dance experience, and began choreographing and teaching at the age of 14. Carmen has lived in Maryland her entire life, and grew up competing and training in classical ballet, contemporary, jazz, tap and hip hop. She attended the Academy of the Holy Cross, where she was a four-year member and captain of the varsity dance team, choreographing countless pieces before graduating in 2017. Carmen continues to attend workshops and take classes in order to continue training and stay up to date with the most current styles. She is excited to bring her passion for choreographing and teaching to the students of ACD Dance. 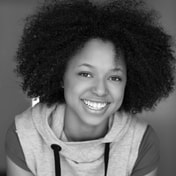 Amber Davis is a Washington, DC native and proud graduate of Towson University where she received her B.F.A. in Dance Performance & Choreography with a minor in Theatre Arts- Magna Cum Laude. She has trained in Musical Theatre under Chet Walker at the School of Jacob’s Pillow and studied television and film under Troy Roland and Wendy Davis. Ms. Davis fell into the world of ballroom dance while training with Arthur Murray Dance School- Glendale, CA, specializing in wedding dances and the major six social dances. She has performed alongside renowned artists such as Ella Mai (Singer/Songwriter), Matthew Rushing (Alvin Ailey Dance Company) and Ronald K. Brown (Evidence Dance Company). Some of her other professional credits include working with the Galli Theatre- New York debuting in Cinderella, Little Red Riding Hood and the Princess and the Pea. Ms. Davis was a fourth season founding company member with the Beauty for Ashes Project where she had the opportunity to perform at the Kennedy Center, Dance Place and feature in a dance film. Ms. Davis has been an educator for over six years during which she had the privilege of being an artistic director and guest choreographer for musicals and dance concerts in various schools and studios in the DC Metropolitan area. As she continues to pursue her craft, she is always inspired and motivated by the apparent love of dance her students’ manifest day after day.